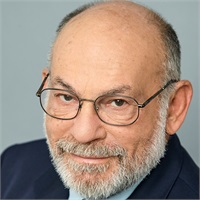 John grew up in the El Segundo and Westchester areas of Los Angeles. He joined the USAF after high school graduation and served in the Air Police. Following his service, he attended Santa Monica City College and also became a successful real estate broker.
John began his insurance career with New York Life in 1969. During his tenure, he became a training manager and later managed the Southern California Brokerage Office. From 1976 to 1982 he worked as a brokerage manager for Principal Mutual and then Hartford Life. In 1982 he was asked to work with a property casualty agency to develop their life and health business.
John opened Agency Marketing Services (AMS) to work with Property & Casualty brokers in the South Bay area of Los Angeles. The agency then branched out, eventually working with over 20 other agencies. Today, John continues to work with a few select agencies while managing the direct accounts of AMS.
Professionally, John has been President of the Life Supervisors association for 2 years. Becoming a CLU [,,--what does CLU (Chartered Life Underwriter) stand for] in 1979, he served on the board of the SFSP (Life Supervisors Association) [,,-- what does stand for] Association in L. A. as chapter vice president and director for many years.
John is a Founding Faculty Member of the Los Angeles Association Health Underwriter’s, Health University and works with many community groups serving in member, chairman and vice president roles.
John is married to Jeannie Frank, and resides in the Spinnaker Bay area of Long Beach. He has two grown children and two grandchildren.